1. type genus of the family Cancridae (noun.animal)
2. the fourth sign of the zodiac; the sun is in this sign from about June 21 to July 22 (noun.location)
3. a small zodiacal constellation in the northern hemisphere; between Leo and Gemini (noun.object)
4. (astrology) a person who is born while the sun is in Cancer (noun.person)
5. any malignant growth or tumor caused by abnormal and uncontrolled cell division; it may spread to other parts of the body through the lymphatic system or the blood stream (noun.state) 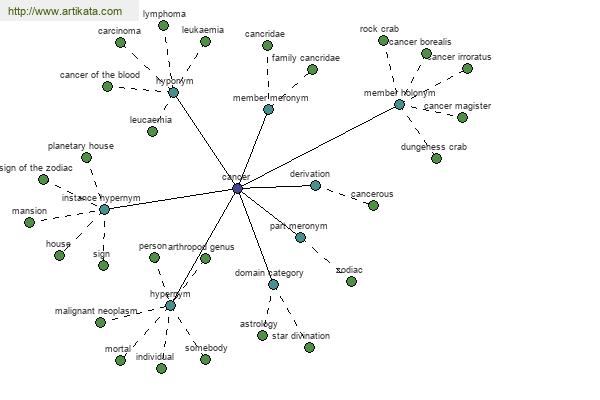